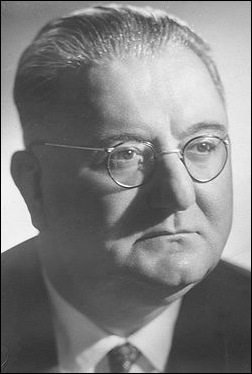 Ernest Koliqi, born in Shkoder, Albania in 1903 was a a poet, writer, teacher, journalist, politician, historian, but above all he was a true patriot. He is considered as the founder of the Albanian prose. As Minister of Education from 1939-1941 he was able to send 200 teachers to Kosovo to establish Albanian schools. He translated numerous literary works from Italian to Albanian. He wrote numerous poems and books. He is considered a cultural hero in Albania. A school is named after him in Tirana, his books are studied and revered worldwide. His resume is lengthy and his contribution to the Albanian culture is endless. In 1943 he went back to Rome to continue his work at the University there and was appointed Ambassador to the Vatican. In this tumultuous time he also found himself not able to return to Albania and remained in Italy. In 1945 and soon after he was joined by other exiled nationalists; Gjon Markagjoni, Ndue Gjon Marku, his brother Lem Koliqi and others.

On November 6, 1946 the Bloku Independent Kombetar (National Independent Bloc) was founded in Rome by Kapidan Gjon Markagjoni, Kapidan Ndue Gjon Marku, Dr. Ismail Verlaci and Prof. Ernest Koliqi. Subsequently, in 1947, he founded the gazette L’Albanie Libre, an organ of the BKI, with the intent of publishing and dispersing information to the world and Albania about the atrocities of the communist regime and as a tool to keep his compatriots informed of the progresses being made in the west to win the fight against communism. Koliqi would continue his work at the University of Rome and maintain his involvement with the BKI until his death in 1975.

Today, in this climate of hate and discontent, an era where it’s in fashion to destroy a country’s heroes, a time of pure hatred toward anyone who has contributed historically, morally and culturally toward their own country, comes yet another blow; this time targeted against a man who not only helped to preserve and further the Albanian culture, not only in Albania but worldwide, but is revered and honored through his legacy. The piece that is circulating around the internet as of 2 days ago was written with such contempt for a man who is cherished by Albania and all Albanians. The writer accuses Ernest Koliqi of being a spy, a ‘possible’ sub-agent of the UDB and Russia in the 1950’s. I am not even going to deign to say his name or give him the space time, here is a link so you can read the garbage that has been written. Anyone can google the internet and FB and find other writings as well. The paper was based on suppositions and not facts as he purports.

What I am going to say is this, and I say it as someone who knew him briefly personally and knew of him through my granfather and father: Gjon Markagjoni and Ndue Gjon Marku, who were his ‘brothers’, compatriots, friends, confidante and more, until the end. I will leave the scholar debate to the scholars.

Ernest Koliqi was and is a shining light in Albania’s history. There was not one ounce of impropriety in his blood. What was there was his absolute love for his country and his ardent wish to rid it of the communist yoke that was destroying the very soul of it. He lived his life in exile fighting along his companions in the BKI, who were deemed by all secret service agencies, ‘one of the strongest if not the strongest, opposition group’.

The question to ask is then, why? Why would someone be so interested in bringing accusations against such a notable personality? Why dig around secret documents for suppositions and not ‘facts’ as he calls them? Instead of focusing on trying to find out dirt on someone who contributed so much to the Albanian culture and history, why doesn’t he focus on exposing the real criminals running the country today: the narcos, the traffickers, the old time communists who are still in government positions.

Instead of writing garbage and accusations against nationalists, if he feels the urge to ‘write’, he should be exposing the cancer that is growing deep inside Albania today and leave the angels of the past, the true liberators of the mind and soul, where they belong, in heaven and not on the filthy pages of a so called book!