As the leader of Mirdita, Gjon Marka Gjoni was very close to many Delegates of the Catholic Church fostering a close relationship with many of them through his leadership. This close association would continue while in exile in Rome, where he tirelessly grappled with the Albanian question through his determined voice, never easing on the hope that with the help of the Holy See Albania’s plight might one day be resolved.

The letter shows the intimacy of the relationship between Gjon Marka Gjoni and the Holy See, a relationship built over the centuries and one which continued through the Cold War. 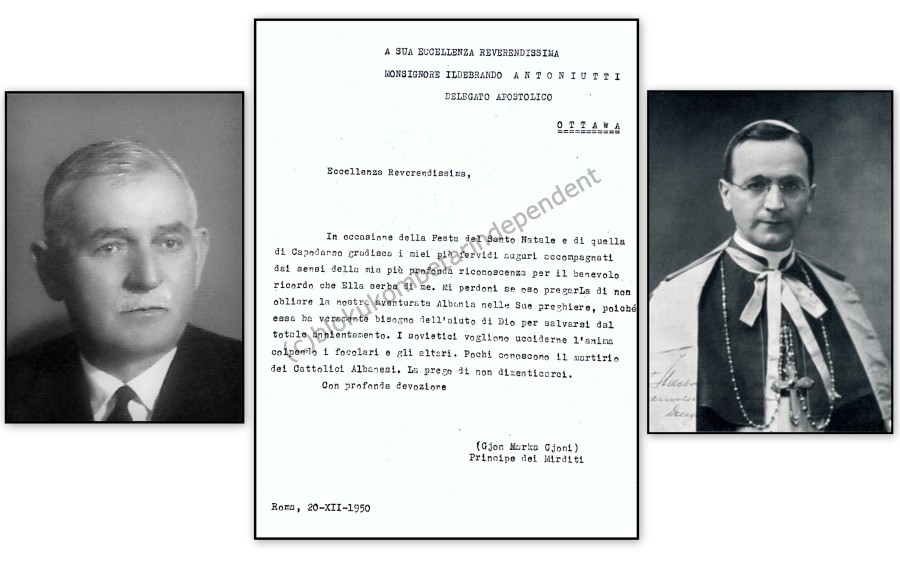 on the occasion of the Christmas Holiday and New Year I send my most fervent wishes accompanied by the senses of my most profound gratitude for the benevolent memory that you have of me.

Forgive me if I dare ask you not to forget our unfortunate Albania in your prayers, for it really needs God’s help to save itself from total annihilation.

The Soviets want to kill the soul by striking the homes and altars. Few know the martyrdom of Albanian Catholics. Please do not forget us.