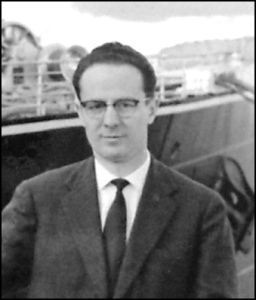 In the letter below, Nikoll Gjomarkaj writes to his father, Gjon Markagjoni the following update:

Nikoll Gjomarkaj, son of the Kapidan, from Mitrovica on 30 October writes to his father that Ndue Melyshi, along with three other persons, is alive and well in Jugoslavian territory. Nikoll says that he saw him and spoke with him, without giving other particulars.

The four Zogists that were preparing from Syria to leave for Jugoslavia, following Zog’s intervention from Egypt, have suspended their departure.

The original letter, written in Albanian, was intercepted and translated by the Italian Secret Service. At that time Italy was under a center-right government and many inside the government were very worried about the rise of communism. The Italian government often intercepted documents and letters from Yugoslavia or Albania, addressed to Gjon Markagjoni and Ndue Gjomarkaj before delivery and translated them for their own records.